The Couvent des Jacobins, Grand Cru Classé of Saint-Émilion, has been owned by the Jean family since 1902. The 4th generation of the family perpetuates almost 650 years of history, nestled in the heart of the medieval village.

Dominican monks, known as Jacobins, settled in Saint-Émilion at a place in the centre of the village. They built their monastery there which became the Couvent des Jacobins. Being also vine-growers, they planted the historic vineyard of the Couvent in the eastern part of the Saint-Emilion plateau.

Jean Jean acquired the Couvent des Jacobins, which had been left unoccupied after the French Revolution. Becoming quickly aware of its unique location in the centre of the village, he sought to restore it to its former glory by modernising the vineyard, cellars and monolithic caves.

The Couvent des Jacobins was promoted to the rank of Grand Cru Classé, reaping the rewards of several decades of efforts in the vineyard and cellars and the constant search for balance and finesse in its wines. The estate maintained its rank throughout all the subsequent revisions.

Xavier Jean, the great, great grandson of Jean Jean, continued the family adventure, introducing a special focus on organic farming. He increased bio-diversity in the vineyard and also developed wine tourism at the estate.

The conversion of the vineyard to organic farming was begun in 2016, and the estate signed up to an official programme for organic certification in 2017.

Clay-limestone on the east of the plateau. Sandy-clay at the foot of the south-west slope. Fronsac molasse.

Le Couvent des Jacobins, an historic Saint-Émilion Grand Cru Classé will be pleased to welcome you by appointment Mondays to Fridays from 10am to 6pm for a tour of the ancient Dominican monastery and a tasting of its wine.

Come and discover its cellars in the centre of the village and the monolithic caves in which the estate’s wines are aged.

The Couvent’s gîte, set in the peace and quiet of the vineyard just a short walk from the village, can accommodate 12 persons. It has 2 independent bedrooms and 2 family suites. 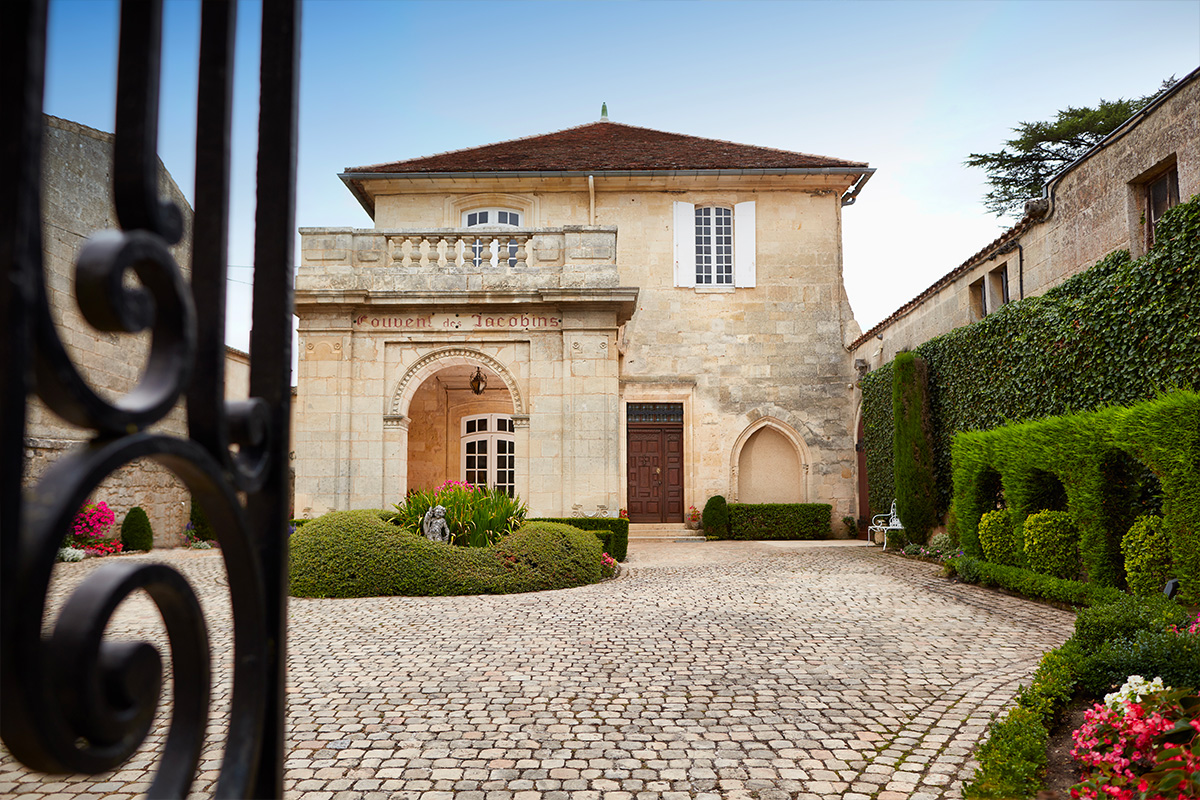 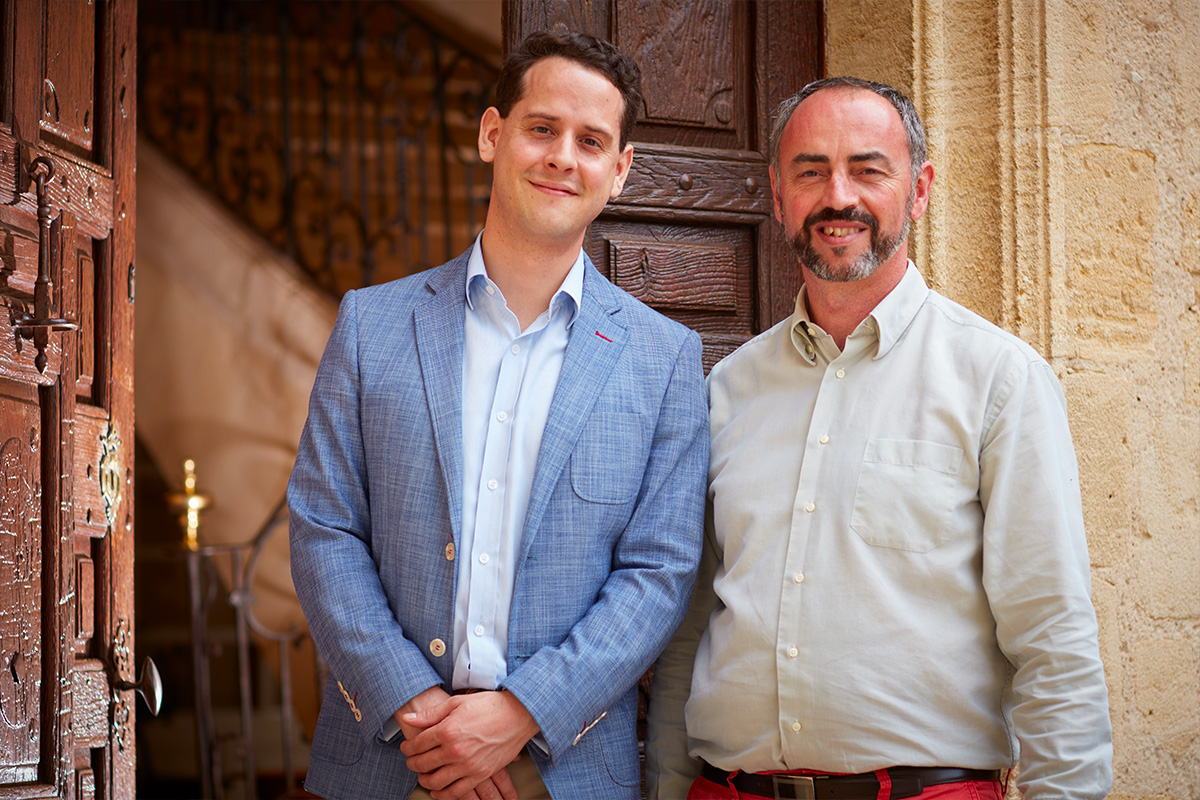 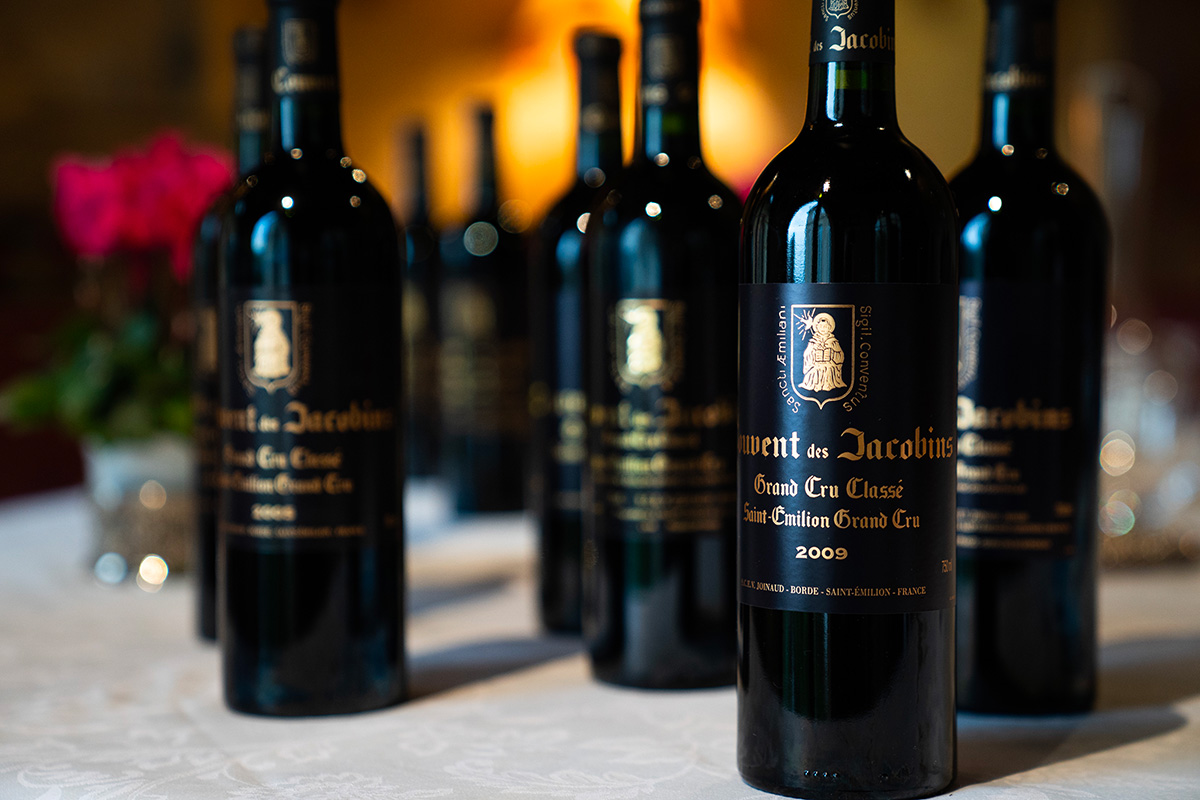