Set atop a stunning, rocky spur overlooking the Dordogne Valley, this family-run estate, among the most spectacular in Saint-Emilion, is open to tourists all year round.

It was at Château de Pressac that the surrender of the Battle of Castillon took place, putting an end to the 100 Years War between France and England.

Vassal de Montviel, the new owner, introduced into his vineyard a noble grape variety called ‘Auxerrois’, a Cahors grape from where he originated. In the neighbouring vineyards, growers did the same and this variety thus became known as Noir de Pressac. A century later, a nobleman by the name of Malbeck gave his name to it.

The Château was rebuilt on the foundations of the old medieval Château, and improvements were introduced to the wine estate as a whole. The wines of Château de Pressac gained great renown.

Jean-François and Dominique Quenin purchased Château de Pressac and undertook substantial restructuring and renovation work, both in the vineyard and in the cellars. A special feature was the creation of curved terraces on different levels stretching around the slope of the hill.

Château de Pressac was promoted to the rank of Grand Cru Classé.

Château de Pressac, perched at the top of a south-facing hill, is located in the east of Saint-Émilion at Saint-Étienne de Lisse. The estate covers 42 hectares (104 acres) in one single block, of which 36 hectares (89 acres) are under vine. This neo-gothic-style Château overlooks its vineyards and offers stunning views of the countryside. Great priority has been given to plot-by-plot management of the vines and the vinification. The estate is proud to maintain its family values of authenticity, simplicity and excellence.

Open for visits by appointment all year round. 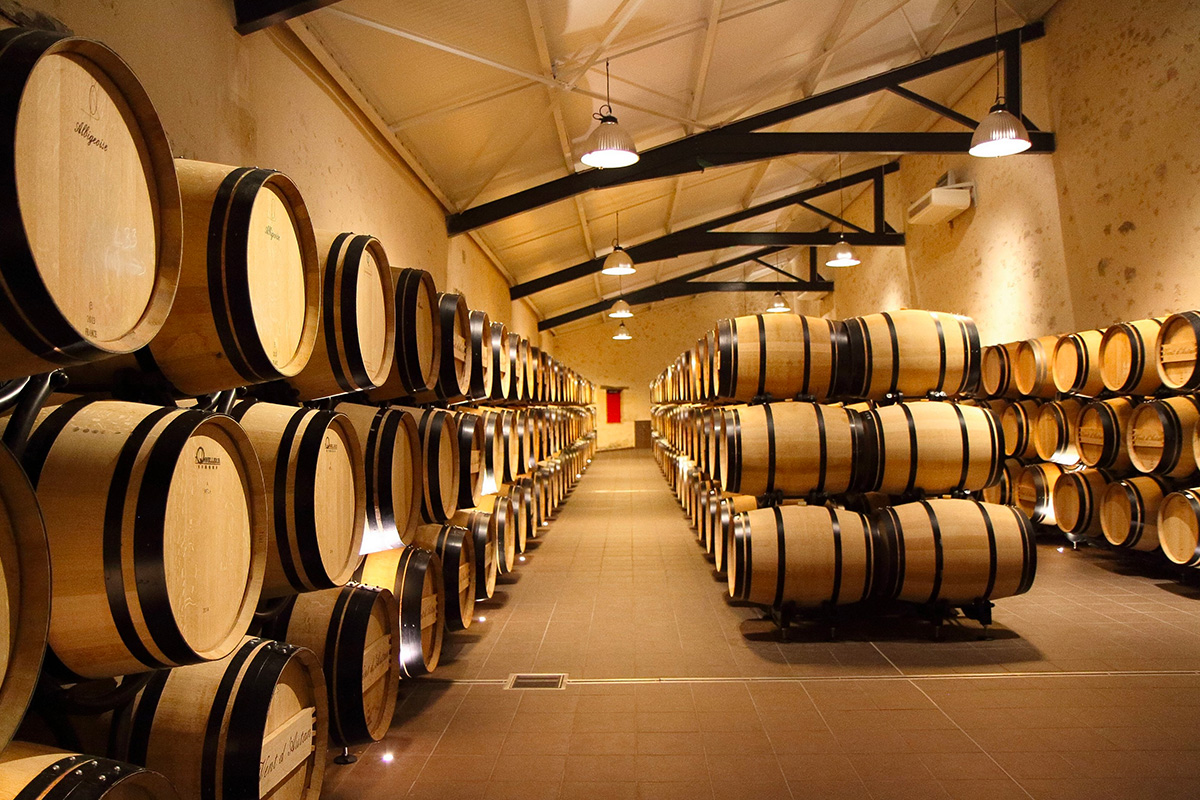 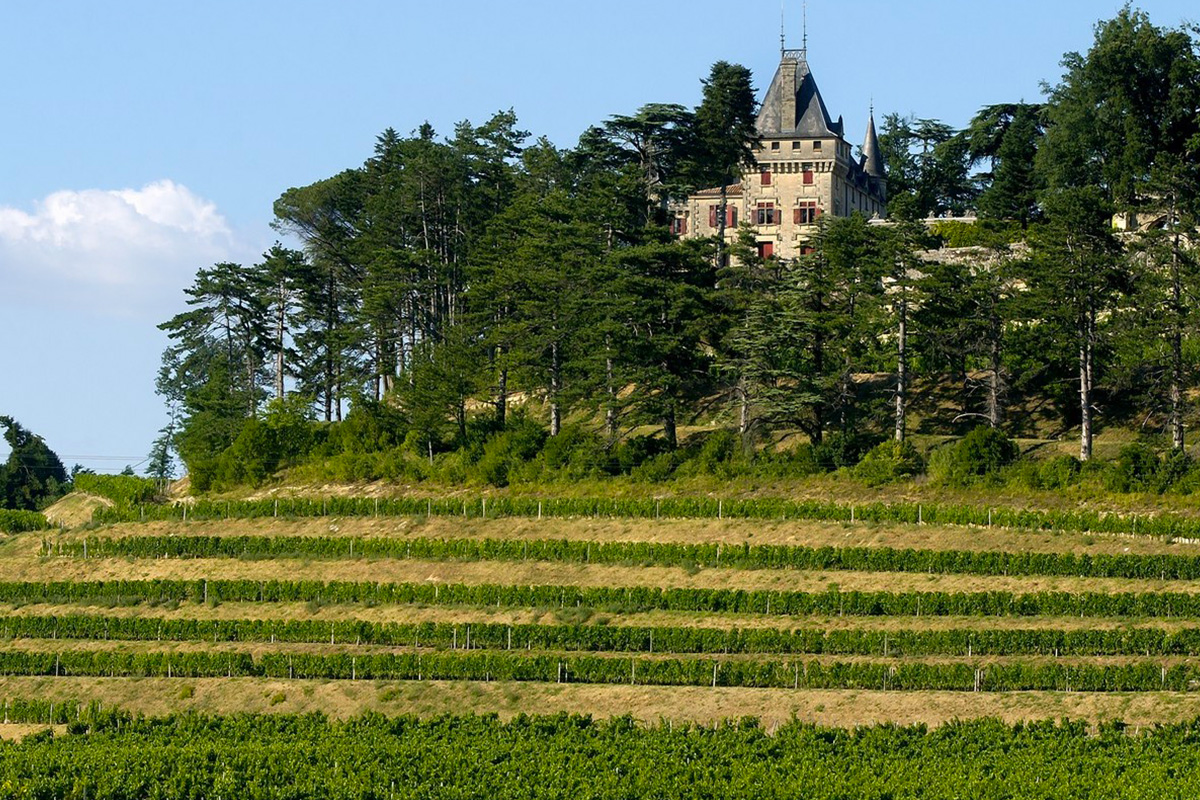 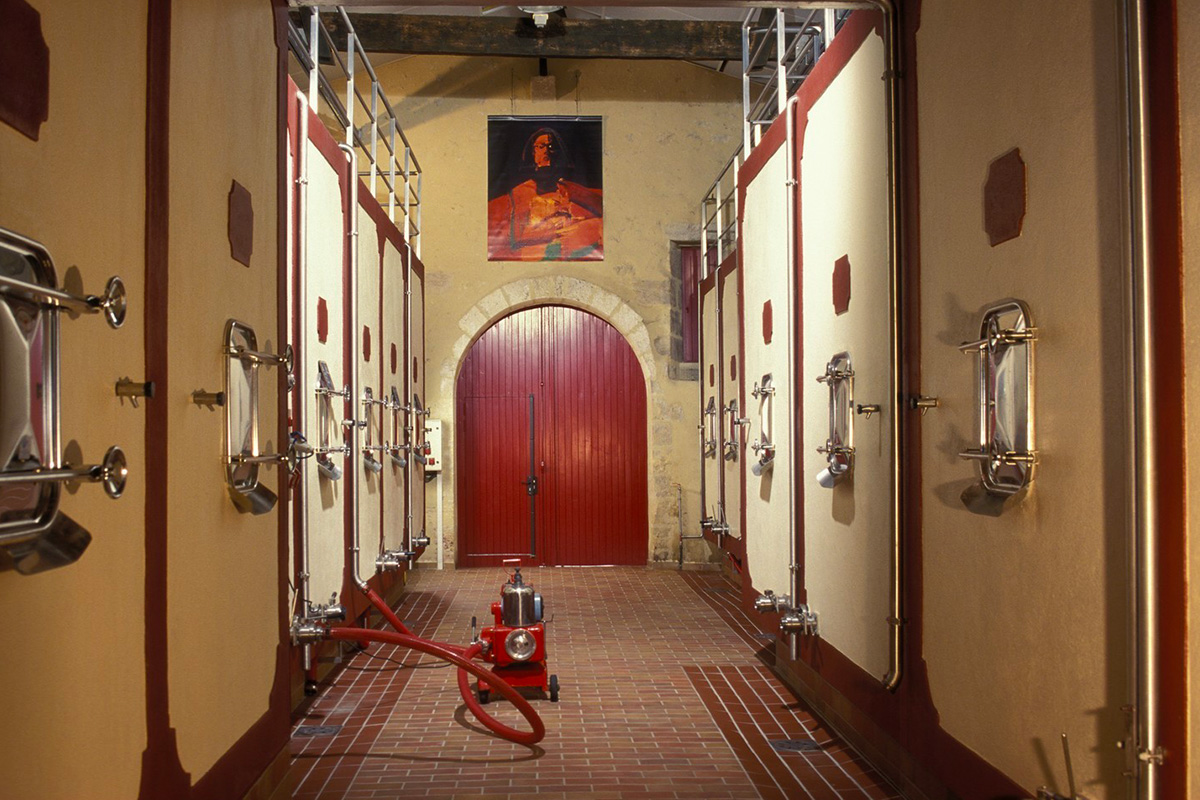