Nestled against the “Côte de Franc”, the slope from which it gets its name, the Château Franc Mayne vineyard is made up of a single block of vines, deeply rooted in its sloping terroir and on the prestigious limestone plateau of Saint-Emilion, 1 kilometre from the village.

With the ancient Gallo-Roman path running alongside, the estate is located to the north-west of Saint-Emilion. The coaching inn built there in the 16th century, a stop-off on the route to Santiago de Compostela, testifies to a long tradition of hospitality at the estate.

Enchanted by this idyllic château set amongst its vines and attracted by the richness of the terroir, the Savare family purchased the estate in 2018. With a new team, they set about creating a wine that would subtly express this richness.

A commitment was undertaken to preserve the long-term future of this estate with its one hundred year-old trees and rich variety of vegetation. Motivated every day in their eagerness to sustain nature and protect the vines, the team also took a significant step in 2019 with the estate’s conversion to organic farming.

Combining limestone, clay, sand and marl, the vineyard is made up of the main soil types characteristic of this part of the Saint-Emilion appellation. Such diversity within such a narrow surface area is the distinguishing feature of Château Franc Mayne.

The team’s mission is to produce grapes, and then wine, with precision and rigour, seeking to bring out the potential of each plot and a tension in the wine that is balanced by the finesse and deliciousness of the fruit. Both in the vines and the cellars, this meticulous, hand-crafted approach is the signature style of Château Franc Mayne.

Limestone plateau, slope, clay, and sand over a clay subsoil.

The estate offers unique wine tourism attractions with tours all year round, as well as a guest house nestling among the vines.

Tours include a walk through the vineyard and a visit to the vat room and the magical first year barrel cellar. Prior to tasting the wine, visitors discover the two hectares (5 acres) of underground quarries in which the wines are aged in the second year. Typical of the region, these galleries are among the largest open to the public in the appellation and feature a son et lumière show created by the scenographer Eric Le Collen.

Fully renovated in 2019, the pleasant 18th century château includes Le Relais Franc Mayne, offering five elegant bedrooms, one of which is a cabin perched in one of the cedar trees. Depending on the time and the season, the terrace and billiard room can be enjoyed, as well as the swimming pool for a refreshing dip.

Nestled in the privacy of its seven hectares of vines, Château Franc Mayne is an inspiration. Whether passing through or staying there, the view over the vineyard is not to be missed. 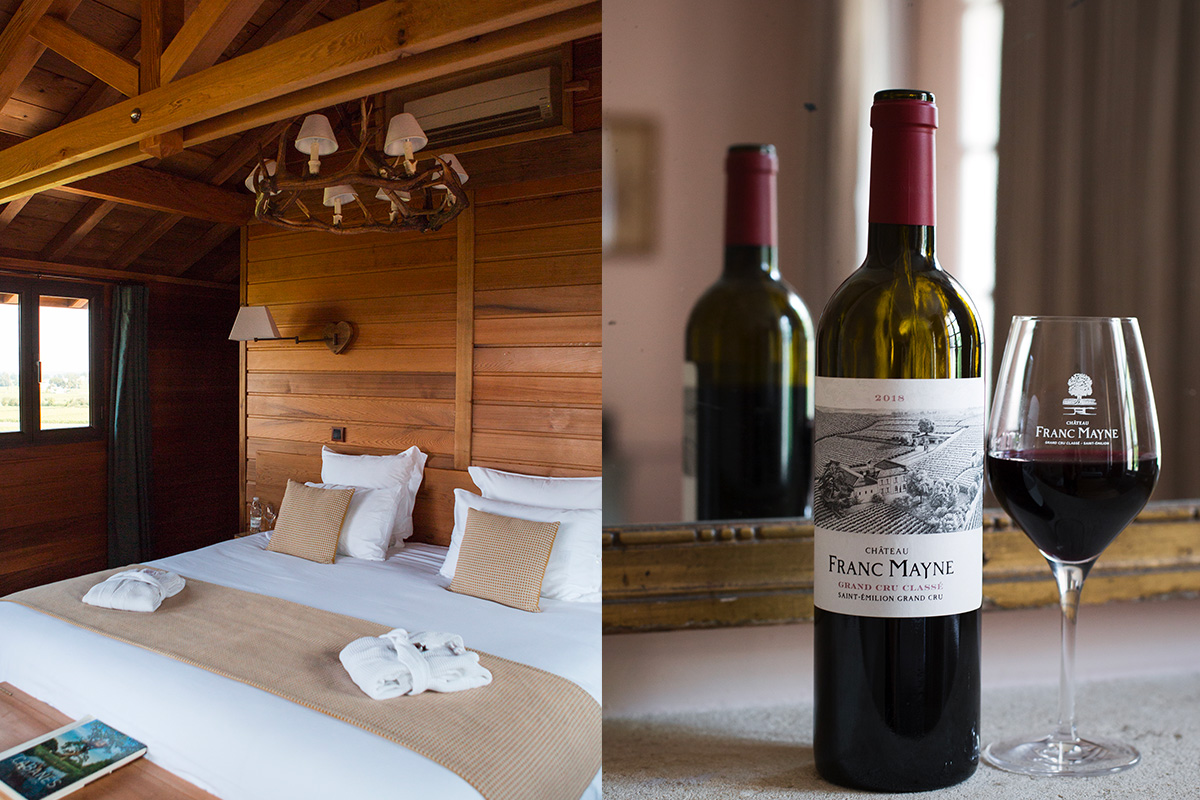 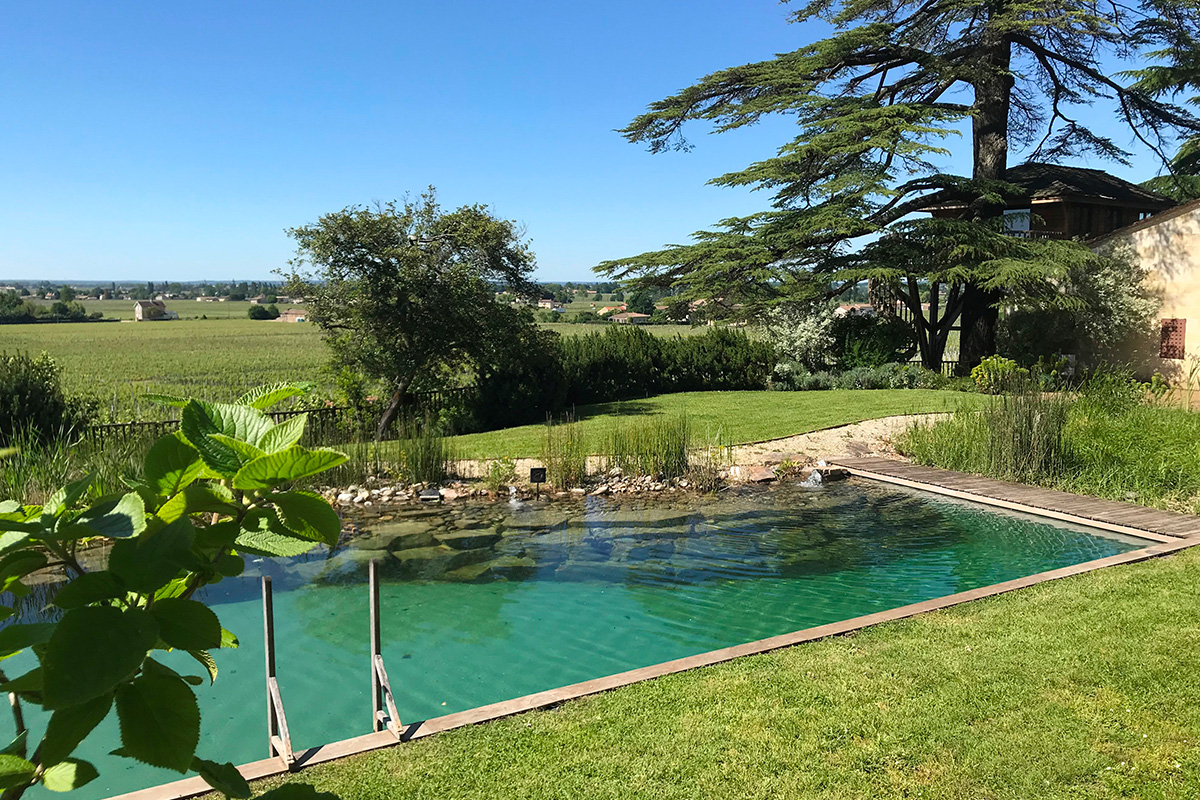